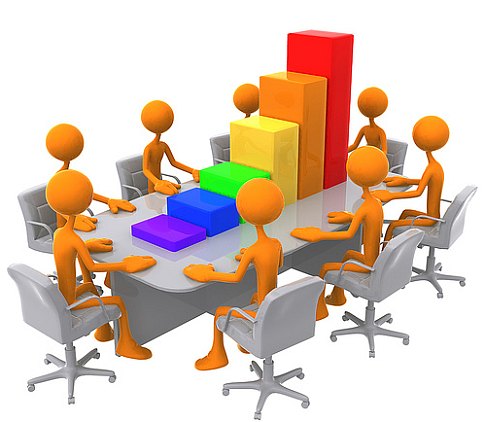 FORT COLLINS BOARD OF DIRECTORS MEETING

Information was handed out to those members present.

1. Bill Brenner and Wayne Crownhart have requested MAL Status from 1-11 until 3-31-11. Irene made the motion to grant their request. Ted Blevins seconded the Motion and the Motion passed.
2. Paul Gillett requested to be dropped from membership. His request was granted.

The Meeting was called to order at 6:00 PM by Vice President Ted Blevins.

MINUTES: The Minutes of November 10, 2010 were approved with correction.  A Motion was made by Ron Lockner and seconded by Jack Freshwaters to accept the Minutes.  The Motion passed.

BINGO REPORT: Harold Hartman gave the Bingo Report.  There were 344 hours given by 28 Volunteers.  The profit for November was: $4,635.25.The number of Players is down but we are still making money.

SIGHT REPORT: Irene stated that 20 pair of glasses was given out at a total of $1300.

MEMBERSHIP: A Motion was made by Tobey Yadon to accept the Transfer of Adam Taghavi as a member of our Club.  He is transferring from Beltsville, MD. It was seconded by Bob Kitchell.  The Motion passed.

1.       Bill Lentz gave the History that led to the Cochlear Implant received by Daniella Hernandez.  He told how the funds were raised for the surgery and  how the funds have been spent for surgery and treatment afterwards.  It was brought to our attention that she will need a new processor.  After discussion, Bill stated he will check with Cochlear on a price before we go any further

2.      Vic Meline will give the Anne Sullivan plaque (that has been long in coming) to Heidi Hall on Dec. 16 or at the first Meeting in Jan.

NEW BUSINESS: Ted Blevins announced that there will be a 5K Run on May 21st as a fund raiser for the Veterans Plaza.  He asked if our Club would have a Pancake Breakfast that day.  It was a consensus that our Club could do that.

BOARD OF DIRECTORS MEETING

MINUTES:
The Minutes of August 11, 2010 were approved as printed.  A Motion was made by Tobey Yadon and Seconded by Ted Blevins.  The Motion passed.

BINGO REPORT:
Harold Hartman gave the Bingo Report.  There were 30 volunteers that worked 352 hours.  The profit for August was $4,923.90.

SIGHT REPORT:
The Sight Report was given by Aida Raider.  We gave out 26 pair of glasses.  Aida spoke of an incident that happened with a client and a doctor regarding being fitted with glasses.  As a result, the Doctor will no longer be with our program.  The Doctor sent a letter of regret that he could no longer partner with our program.  Aida did call on him personally and also sent cards to each of the other doctors that we partner with and thanked them for their services.

Carole Kitchell reported that working with North Fort Collins Business Association. They checked 208 kids and had 34 referrals at Irish Elementary School.  This was not part of the Kids Sight program but we had committed to help 30 children.

COMMITTEE REPORTS:
Membership:  Tobey made a motion we put Wayne Cook on the Affiliate list and it was seconded by Ted Blevins.  The Motion Passed.

NEW BUSINESS:
1.    Committee Descriptions were discussed and it was decided each Committee Chairman get a Job Description to Irene on what their committee does.  This will be valuable to new members.
2.    Vic Meline made a Motion we get an Anne Sullivan Plaque for Heidi Hall for her work on AutoCad at the 9-Health Fair.  It was seconded by Carole Kitchell.  The Motion passed.
3.    Tobey presented the idea that we do not eliminate the Thursday Meeting after Labor Day next year.  The Budget Committee will work with this.
4.    Tobey had suggestions for reaching new members.  One was to place extra Lions Magazines in Doctors offices with labels on them for contact.  Tobey will make the labels.
5.    Tobey suggested we find places to display Bingo Flyers that he has made up.
6.    Flash asked that we form a Web Site Committee and he would be chairman.

The Meeting was called to order at 6:00 PM by President Aida Raider.

MINUTES:  A Motion was made by Jack Freshwaters and Seconded by Ted Blevins to accept the Minutes of July 14, 2010 as printed.  The Motion passed.

TREASURER’S REPORT:  The report was given by Tobey Yadon.  Total net income is: -1072.00 and balance in Checking is: 1173.34.  A Motion was made by Bill Brenner and Seconded by Jack Freshwaters to accept the Treasurer’s Report.  The Motion passed.  NOTE:  Tobey has been on vacation so this was an abbreviated report.

BINGO REPORT:  Harold Hartman gave the Report.  The Income for July was: 8,022.72.  There were 31 volunteers that worked 348 hours.  Harold reported he had an e-mail from the State Advisory Board concerning an item on the November Ballot.  The item would change the Bingo and Raffle from the Sec. of State to the Revenue Office.  It is recommended we vote against Referendum “P” that will be on the Ballot in November.

SIGHT REPORT:  Aida stated there were 20 pair of glasses given out.

The Meeting was called to order at 6:00 PM by President Aida Raider.

MINUTES:  A Motion was made by Carole Kitchell and Seconded by Ted Blevins to accept the Minutes of May 12, 2010 and Special Minutes of May 27, 2010.  The Motion passed.

TREASURER’S REPORT:  Irene passed out the printed Treasurer’s Report that was made by Treasurer Tobey Yadon.  A Motion to accept the Treasurer’s report as printed was made by Ron Lockner and Seconded by Bob Kitchell.  The Motion passed.

SIGHT REPORT:  The Sight Report was given by Aida Raider.  She stated that she needs help on the third Thursday.  There were 23 pairs of glasses purchased for the amount of $1495.00.  Three people were interviewed for Cataract Surgery.  Irene gave Bob a check for $4000 in payment from the RMLEB Surgery fund for one of the patients who have concluded her surgery.

HEARING REPORT:  Bob Kitchell reported he will be doing the interviews for people who need hearing aids and working with Bill Lentz.

MEMBERSHIP:   A Motion was made by Ron Lockner and Seconded by Jack Freshwaters to accept Bob Myers and Mary Vandenberg as new members of our Club.

CABINET MEETING:  DG Ron stated he needed a decision on information for his newsletter on the Cabinet Meeting.  It was decided to order large Sub Sandwiches, potato chips for the Cabinet Meeting and have cakes or cookies donated.  It was also decided that a free will offering will be taken to pay for the cost of the meal.  Ron will let us know how many will be attending.

SYDNEY AUSTRALIA Reports from Ron informed us that Colorado is being looked at for a Video Presentation at Int. Convention in Seattle.  Service Projects being considered are:  Sight Program, Health Fair and Ensight.  This will be in conjunction with Int. President Sid Scruggs program.

NEW BUSINESS:  Tobey Yadon had a request abut how long the Treasurer’s records should be kept?  A Motion was made by Bob Kitchell and seconded by Ted Blevins: The Financial Records be retained for seven (7) years and the rest be destroyed.  The Motion passed.

EYE GLASSES REQUEST:  Aida read a letter from an Eye Doctor at the Eye Center of Northern Colorado that a person needed special glasses even though the Lions Club had purchased a pair for her last year.  A Motion was made by Ron Lockner and Seconded by Bob Kitchell we purchase the glasses with an understanding we cannot do this each year.  The Motion passed.

Shop With a Cause

Amazon will donate 0.5% of the price of your eligible AmazonSmile purchases when you shop at https://smile.amazon.com

Make sure you select Fort Collins Lions Foundation as the charity you support when you log into your Amazon Smile account.

AmazonSmile is the same as using traditional Amazon but it allows Amazon to give back!